Different Types of Coffee Drinks and How To Make Them

When it comes to coffee, there are seemingly endless options for different types of drinks. From classic favorites like espresso and cappuccino to newer creations like the latte macchiato, there’s a drink for everyone.

Here’s a look at some of the most popular types of coffee drinks, what makes them unique, and how you can make them at home.

Espresso is a type of coffee drink that is made by forcing hot water through coffee grounds. This results in a strong and concentrated coffee that has a slightly higher caffeine content than regular drip coffee.

Espresso is the base for many other types of coffee drinks, such as lattes and cappuccinos.

A double espresso is a coffee drink that contains two shots of espresso in a single serving. Espresso is a type of coffee that is made by forcing hot water through finely-ground coffee beans.

This results in a strong, concentrated coffee that has a higher than normal amount of caffeine.

Double espressos are usually served in small cups and are meant to be drunk quickly. They are often used as an energy boost or pick-me-up since the high level of caffeine can provide a jolt of energy.

Double espressos can also be used as the base for other coffee drinks, such as lattes and cappuccinos.

An Americano is a type of coffee drink that is made by adding hot water to espresso. The resulting drink has a light body and a slightly bitter taste. It is usually served with a small amount of milk or cream, but can also be enjoyed black.

Black Eye Coffee is a type of coffee drink that includes espresso, and sometimes also forces cream or milk, and sugar. The drink is named for the two shots of espresso which are combined to make the drink.

The caffeine content in Black Eye coffee can be quite high, so it’s important to know your limits before indulging. If you’re looking for an energy boost, this coffee drink can certainly deliver. Just be sure to enjoy in moderation!

Red Eye coffee is a type of coffee drink that uses espresso and drip coffee. It is named after the symptoms of drinking too much caffeine, which can include red eyes.

Red Eye coffee is usually made by adding an espresso shot to a cup of drip coffee. This high-octane combination can give you a quick energy boost and help you stay awake.

If you’re looking for something to help you power through your workday or study session, red-eye coffee may be the drink for you. Just be sure to keep an eye on your caffeine intake if you’re sensitive to its effects.

A long black is an espresso with added hot water, served in a demitasse cup. It should have a rich, syrupy consistency and a strong coffee flavor.

A long black is similar to an Americano, but with more espresso flavor. It’s perfect for people who want the caffeine boost of espresso without the bitterness that can come with drinking straight shots.

A machiatto is an espresso-based coffee drink that originated in Italy. It is made by espresso shots being topped with steamed milk and a layer of foam. A Machiatto has about two-thirds the amount of caffeine as a regular cup of coffee.

There are many variations of the Machiatto including; the Dry Machiatto, Café Bombón, Café Con Miel, and others. The café con leche (coffee with milk) is a popular variation in Spain.

The word “Machiato” comes from the Italian word “macchiato” which means “stained”. This refers to the method of staining or adding flavor to the espresso by adding a small amount of another ingredient.

A long machiatto is a popular coffee drink that is made by espresso shots being mixed with steamed milk. It is often served in a tall glass and has a creamy consistency.

This type of coffee drink originated in Italy but has since become popular in many other countries around the world.

A cappuccino is a coffee drink that is made from espresso, hot milk, and steamed milk foam. It is usually served in a cup or mug.

Cappuccinos are classified as either “ristretto”, “normale”, or “lungo”; the ristretto has the least amount of milk and foam, while the lungo has the most. They can also be sweetened with sugar, chocolate, or other syrups.

Breve coffee is a type of coffee drink that is made with half and half instead of milk. It has a creamier, richer taste than regular coffee.

Breve coffee is made by adding one shot of espresso to two ounces of half and half. It can be served hot or cold. Some people also like to add flavored syrups to their breve coffee for extra flavor.

A cortado is a type of coffee drink that is made with espresso and milk. The milk is added in proportions that are usually 1:2 or 1:3 (espresso to milk). A cortado can also be made with steamed milk, but this is less common.

A cortado has a stronger coffee flavor than a latte because there is less milk. It also has a thicker consistency than a latte. A cortado is often served in a small glass or cup.

Cafe Latte is a coffee drink that is made with espresso and steamed milk. It is typically flavored with vanilla, hazelnut, or caramel.

Cafe Latte is a variation of the latte drink, which is made with espresso and foamed milk. The word “cafe” in cafe latte means “coffee”, while “latte” means “milk”. So, cafe latte translates to “coffee milk”.

A flat white is a coffee drink consisting of espresso and steamed milk, with the milk having less foam than a latte. It originated in Australia and New Zealand and has become popular in North America and Europe.

The amount of espresso used in a flat white is greater than that used in a latte, which results in a stronger flavor. The steamed milk also has less foam than Latte, resulting in a richer texture.

Flat whites can be made using any type of coffee beans, However, the most popular type of bean to use is Italian Lavazza coffee beans. These beans are roasted to create a slightly nutty taste that many coffee lovers enjoy.

Vienna coffee is a type of coffee drink that originated in Vienna, Austria. It is made with espresso, whipped cream, and chocolate shavings or ground chocolate.

Sometimes a small amount of sugar is added to the whipped cream. The drink is served in a glass or mug.

The history of the Vienna coffee drink is disputed. Some say it was invented in the early 1600s by Italian immigrant Francesco Procopio Dei Coltelli, while others believe it came about much later in the 19th century.

Whatever its origins, the drink became popular in cafes across Vienna and eventually spread to other parts of Europe and North America.

Today, Vienna coffee remains a popular drink enjoyed by many. The drink is made of espresso and whipped cream, and is often flavored with cinnamon or chocolate. Some variations also include Bailey’s Irish Cream or Kahlua.

Mocha is a type of coffee drink that is made with espresso and chocolate. The chocolate flavor comes from the addition of chocolate syrup or cocoa powder. Mocha usually has a sweetener added to it as well, such as sugar or milk.

Cafe au Lait is a type of coffee drink that is made by blending equal parts hot coffee and scalded milk together. It is a popular beverage in France, where it is typically served in a bowl with a pastry on the side.

The texture of cafe au lait is smoother and creamier than regular coffee, thanks to the addition of milk. The flavor is also richer and more mellow, making it a perfect morning pick-me-up.

If you like your coffee with a little sweetness, you can always add some sugar or syrups to taste.

Whether you’re enjoying it at home or at a cafe, cafe au lait is definitely worth trying out!

Affogato is an Italian coffee drink that consists of a shot of espresso poured over a scoop of vanilla ice cream. The ice cream melts and the coffee flavors are absorbed by the ice cream.

Affogato is usually served in a clear glass so that the colors contrast each other. It can also be garnished with a chocolate or caramel sauce, whipped cream, or nuts.

Affogato is a popular dessert drink, but it can also be served as an appetizer or after-dinner drink. The type of coffee used for affogato can vary depending on the region where it is being made.

n Italy, espresso is most commonly used, but in North America, stronger coffee such as French roast is used.

Iced coffee is a type of coffee drink that is made by brewing coffee at a lower temperature than normal and then chilling it.

There are many different ways to make iced coffee, but the most common method is to brew a pot of regular hot coffee and then pour it over ice cubes.

Iced coffee can be made with any type of coffee, but models that use lighter roasts are more popular because they have brighter flavors that are less overpowering when diluted with ice.

Lighter roasts also tend to be less bitter, which makes them more palatable for some people.

Brewing iced coffee at home is relatively simple, although there are several methods that can be used.

Cold-brew is a type of coffee drink made by brewing coffee beans at room temperature or cold water. This type of coffee has a very smooth, slightly sweet taste and is less acidic than hot brewed coffee.

Cold-brew is also said to have twice the amount of caffeine as regular hot brewed coffee.

There are many ways to make cold brew coffee, but the most common method is to steep grounds in water for 12-24 hours, then filter out the grounds and enjoy the Coffee concentrate that remains.

One popular way to enjoy cold brew is to dilute it with milk or water over ice.

There are two different types of cold brew coffee: immersion and Kyoto-style. Immersion cold brew involves steeping coarsely-ground coffee beans in room-temperature water for 12-24 hours, then filtering out the solids.

Drip coffee is a type of coffee drink made by pouring hot water over ground coffee beans. The resulting mixture is then allowed to drip through a filter into a collecting vessel, such as a carafe or cup.

Drip coffee is one of the most popular methods for making coffee, especially in North America. It is relatively simple and straightforward and can be done with just a few items: ground coffee, hot water, and a filter. 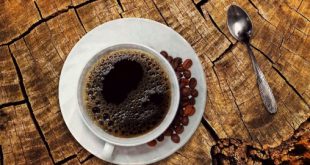 Does Drinking Black Coffee Give You More Energy? 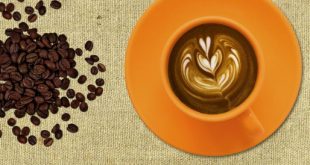 Does Decaffeinated Coffee Give You Energy? 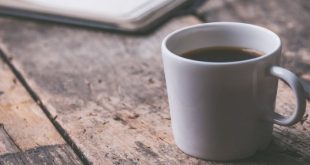